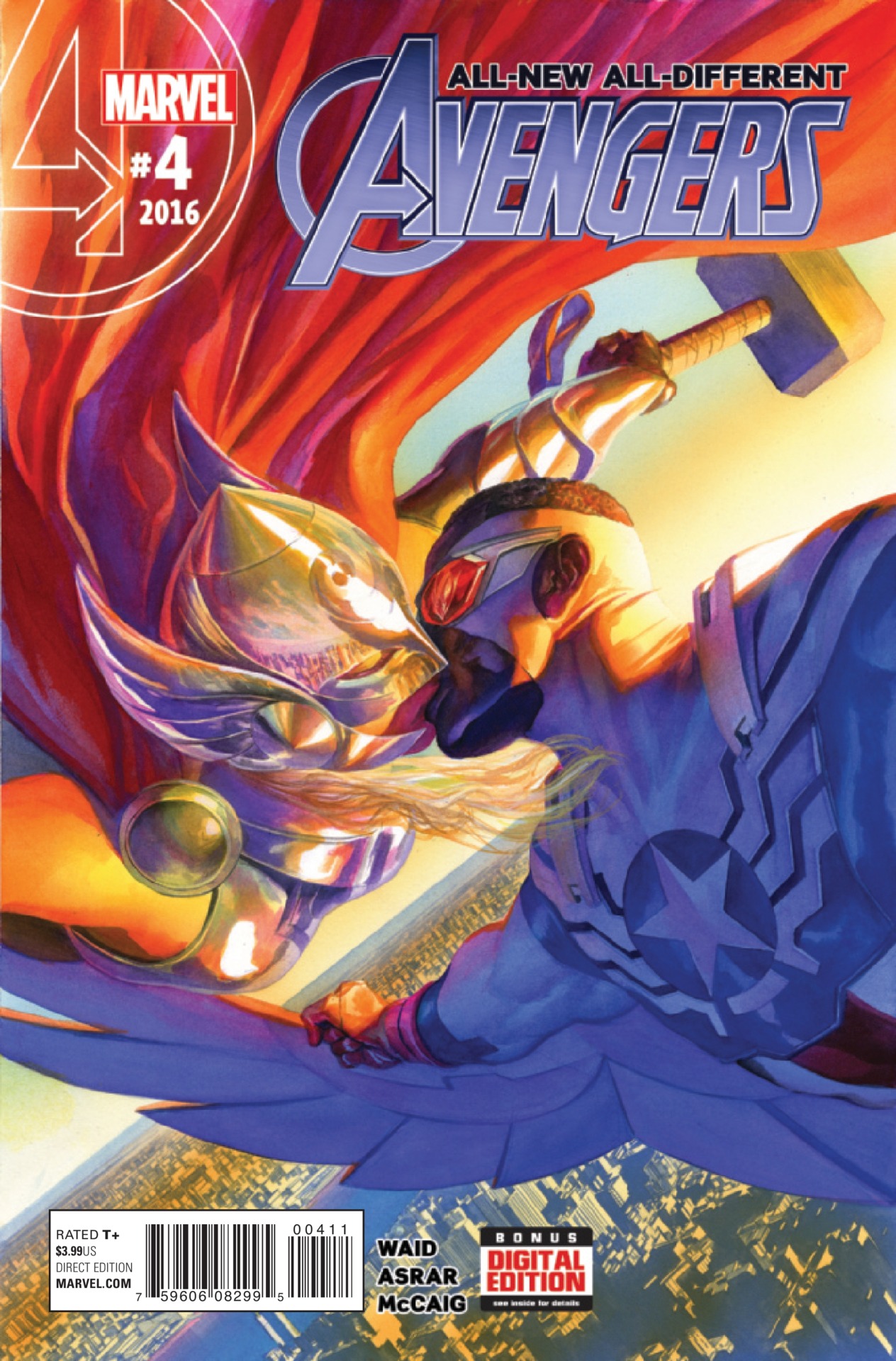 To Catch You Up

“And there came a day, a day unlike any other, when Earth’s Mightiest Heroes (or the ones that were around that day, anyway) found themselves united against a common threat. On that day, the Avengers were born — to fight the foes no single hero could withstand!

“After a triumphant victory over the vengeful Chitauri known as Warbringer, Iron Man invited his fellow heroes to form a new Avengers team. They’ve got no funding, no tower, and no official recognition — but that’s not going to stop them from doing what the Avengers do best: save the world, one day at a time.”

Saturday at the condemned Stark Industries Airfield in New Jersey. Iron Man quite happily greets an old member of the Avengers team, Edwin Jarvis. The new Avengers Headquarters isn’t as impressive as the old tower and they don’t have all the fancy equipment they use to, but they do have some decent biometric security and a quinjet. The team is still getting use to each other and the new guys (Spider-Man and Ms. Marvel) are getting use to the very robotic and newly emotionless Vision. While poor Jarvis is lamenting the terrible conditions and not feeling very loved, he spots a hurricane in Atlantic City.

The Avengers assembled and were talking strategy when Thor takes off in the direction of the hurricane. Thor is unable to get the hurricane under control, because it is not a natural storm. It is artificial. The storm was created by Cyclone and the team rushes to stop him while Vision and some of the others set to rescue the poor people still trapped in their cars. Ms. Marvel, Nova, and Spider-Man reached Cyclone first and found out he is just a hired gun who was suppose to level the casinos, curtsey of the Dynasty. Vision knocks Cyclone out and stops the storm.

In the aftermath some lookie-loos start complaining that the real Avengers didn’t show up. Captain America, who knows this line so well, asks Thor is she gets the same reaction. Her reply was to kiss him and say he frets too much. The kiss shocked the rest of the team, though it was hard to see Iron Man’s expression. Thor flew away and left Captain America, and the others, stunned. The rest of the team start the clean-up efforts. Iron Man realizes Thor might not be an immortal Goddess like she claims after he statement of , “Life’s candle burns too briefly.” TO BE CONTINUED…

Will Iron Man and the rest of the Avengers find out Jane’s (aka Thor) secret? I thought it was pretty funny Sam had to take a minute after she kissed him. If the real Thor (Odinson, not the female abomination) kissed me, I would need a moment too. Hell, if the female Thor kissed me I would need a moment. I like these new Avengers. I am even warming up to the Abomination. Maybe her own comic gives her more personality. Or it could make me mad as hell. I won’t know until I break down and start reading them. For now, I am going to stick with reading about her in the All-New, All-Different Avengers. Until next time!