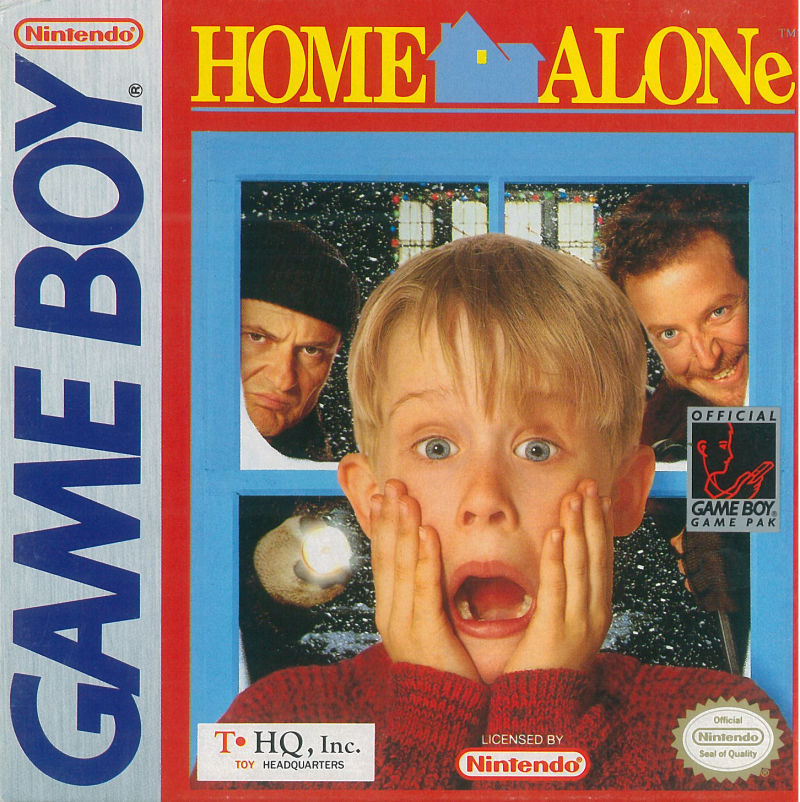 Platform: Game Boy
Developer: Imagineering Inc.
Publisher: THQ
Release Date: NA: November 1991, JP: June 26, 1992
Genre: Action
Rating: 4 / 10
(Note: This game was release on numerous systems, many of which had a different publisher and/or developer. This information is for the Game Boy version)

Home Alone for the Nintendo Game Boy is a tie-in video game based on the film of the same name. Id was developed by Imagineering Inc. ans published by THQ. Home Alone was released in November 1991, full year after the movie had been released and in time to take advantage of the lucrative holiday season.

This game was release on numerous systems (NES, SNES, Sega Genesis, Master System, Game Gear, Game Boy, Amiga, MS-DOS), many of which had a different publisher and/or developer. This meeans that while they all share the same title, and general story line, the numerous games are quite different from each other. The Game Boy version was similar to the NES and SNES versions.

In Home Alone you take on the role of Kevin McCallister, who has been left at home, alone, while your family has gone to Paris for Chwistmas. You must protect the house from Harry and Marv, the “Wet Bandits”, using various household objects as traps and/or weapons.

While the controls are easy to learn, Game play can be best described as unforgiving. Home Alone is a tough game, made harder bu the limited jump arc, which will only clean enemies with out the player taking damage, if you jump at the exact right point. Your weapons also have a short range and you have to be precise with many of the traps in order for them to work.

The graphics in the Game Boy version of Home Alone are not impressive by any means. The music in Home Alone is atrocious. It is not only repetitive, but it’s also just plain bad to boot.

Overall I give this game a 4 out of 10. The game is perfectly playable, but nothing about it stands out, let alone stands out.