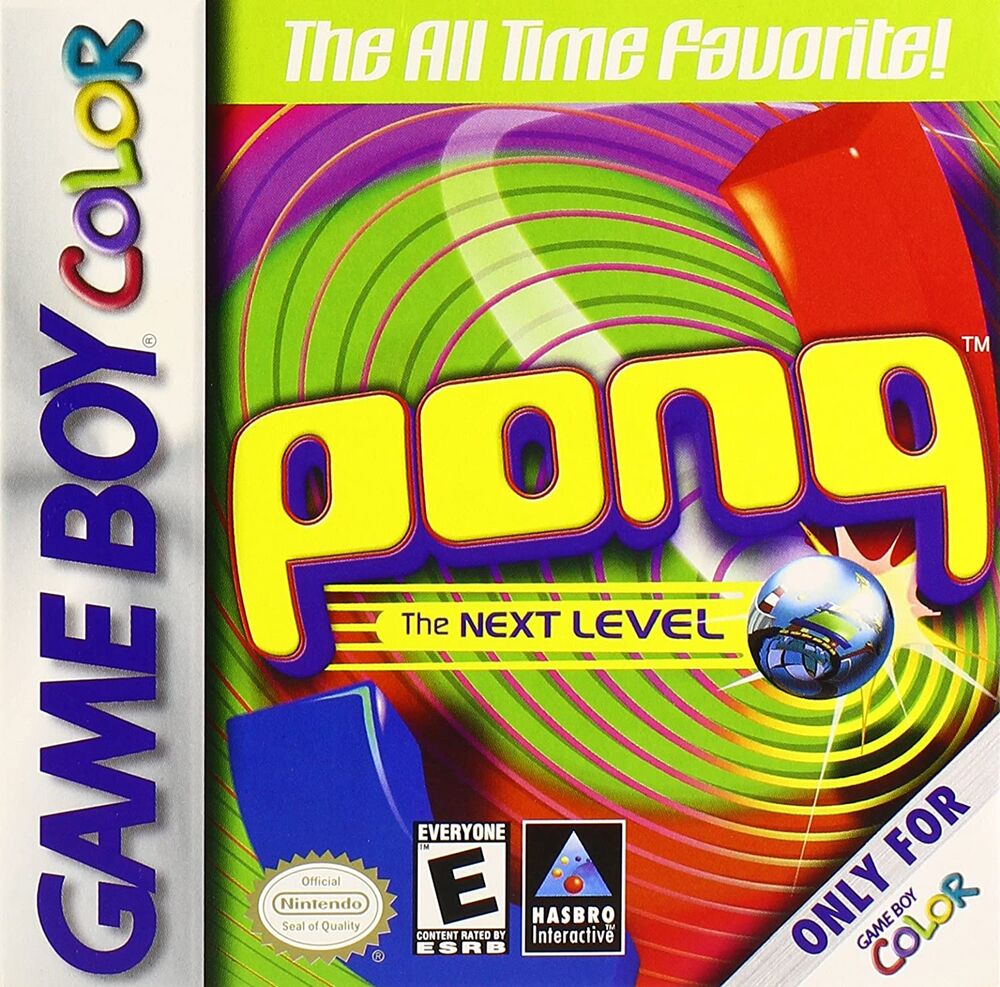 Pong – The Next Level (GBC) is a remake of the classic Atari game, This version being developed by Morning Star Multimedia (Supersonic Software for the PlayStation version) and published by Hasbro Interactive.

Pong – The Next Level has 5 levels: Classic Pong, Jungle Pong, Artic Pong, Soccer Pong, and Tournament Pong.
Tournament Pong seems to be the original Pong, like it was back in the 70’s.
Classic Pong is The original pong, but now with power ups. This level introduces the ability to turn your paddle into a cup that can grab the ball and hold it until you release it.
Jungle Pong features a jungle temple themed background. This level also introduces the powerup allowing the player to tilt their paddle to a different angle, making the ball a bit more unpredictable when it bounces off.
Artic Pong features 2 penguins that walk up and down the play field. When the ball hits one it may change direction or spawn a second ball on the field.
Soccer Pong gives both players a second paddle in the middle of the play field.

Game play is as fun as pong has ever been, with the power ups making for a interesting change of pace. I found the Soccer Pong level to be the hardest as the second paddle made for faster gameplay, while the Artic pong was the most enjoyable.
Graphics are decent for the Gameboy color. I did find the background for Jungle Pong was a bit of a distraction and made it hard to fallow

Pong – The Next Level is a fun, short game and I would recommend it to any Pong fans or fans of similar games. However I would not have wanted to have paid full price when it first came out – the 5 levels just wouldn’t have been worth the money.