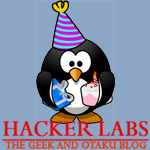 Another year, and another decade have come and gone and it’s time for me to take a look back and start thinking about the future.
A year ago the famley and I were settling into our new home after 3 years of living in a van then a camper. Being homeless sucks. Much of the beginning of 2019 was us getting settled in and back to a normal life.

Hacker Labs saw the slowest year (in terms of number of posts) since I launched this incarnation of the site in 2013 (not counting 2013 itself as it was only a partial year). This slow down is partly becuase I have stoped sharing other peoples stuff (favoring all original content) and dealing with a mix of real life and burn out. Also as I get older I have been finding that my geek interests have been changing and I have been struggling with what direction I want to go, and if I should incorporate my new interests in Hacker Labs or start up a different site. I think that I will end up expanding Hacker Labs to cover my new interested as well as my old interests as well. In 2020 expect to see some of my small side progects start to intergrated into Hacker Labs. I will post more at the appropriate time.
While I have slowed down down the number of posts that i have been publishing, I have done a lot to find my voice and the style of writing that I want to do on Hakcer Labs and have started to develop it and get better as a writer.
This year I also started guest posting retro game reviews on Nerd Bacon. I am hoping in 2020 to guest post at least one review a month on Nerd Bacon, plus another one here at Hacker Labs.

I have been wanting to start streaming retro video hames online and in 2019 I started to do so on Twitch (with many of my videos also uploaded on YouTube). I am also quite happy with the streaming setup I put together. My streaming has slowed down a bit over the last few months, mainly because of the adore mentioned burnout. I am going to try to get back into the swing of streaming on January and am aiming for 2 days per week. Check out my Twitch page for my schedule.

This year I decided to revive All Things Wicca, a pagaqn blog that I had run for a while before folding it into Hacker Labs. A few months a go I relanched it as a separate blog with its own domain name wiccan.pw . It is still a work in progress, but I have a vision for where All Thins Wicca is going.

I’m not sure what 2020 will bring, but I’m hoping that it will be a year of growth and expansions for not only Hacker Labs, but for me personally.