This was originally posted on Anime News Network and is being reposted with permission.
When the Pokémon games first debuted in the U.S. in 1998, few were expecting the best-selling phenomenon we have today. The gap between generations was longer, or at least it felt that way as a kid. I was about 11 years old when I got my copy of Pokémon Blue, and outside of referencing a physical strategy guide or calling up the pay-per-minute helpline (my parents banned me after racking up a small debt when I kept getting stuck in the Seafoam Islands) there were few other options. The oracle of gaming knowledge known as the Internet didn’t exist as it does today. Instead, schoolyard rumors passed around by kids promised rare Pokémon, better catching odds, or hidden lore. There was no way to find out the truth outside of testing it for yourself. Some rumors proved fruitful, like cloning items with MissingNo, while others were just convoluted tall tales.

This list of popular rumors persisted through most of the First Generation. Later game releases don’t have these kind of urban legends as any fan-posited theory can be dismissed or proven true rather quickly thanks to the internet. 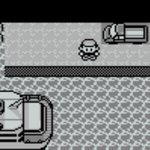 Mew is Hiding Under a Truck I remember being told this one directly. Once the concept of Mew was known, everyone was trying to unlock the cat-like progenitor of Mewtwo. Allegedly, a truck near the S.S. Anne could be moved with Strength, and Mew would be revealed. This task is easier said then done. To access the truck, the player needs Cut, but to have access to this HM before getting on the S.S. Anne requires trading. That aside, Mew isn’t under the truck. The only way to obtain him outside of giveaways is an even more convoluted glitch that involves a Cerulean Gym trainer, flying away at just the right moment to a specific place, and walking in a certain area. 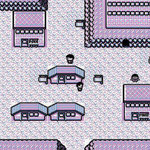 Lavender Town Music Killed Children “Lavender Town Syndrome” is a creepypasta story that began circulating around 2010. It claims that the original score for Lavender Town, an area in the game that includes a graveyard for deceased Pokémon, drove players (in this case children) in Japan to kill themselves. The story purports that the music was changed for the American release to prevent further death. Of course, this reasoning isn’t true. The score was changed because some of the high-pitched notes included in the original would be considered irritating. 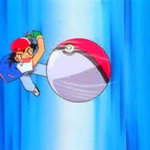 Pressing Up and B at the Right Moment Improves Pokémon Catching Odds This was a method I wholeheartedly believed in while playing through the first generation. Some players heard that it was down and b instead of up and b, and others still swear that it improves their odds. The rumor was prevalent enough that hackers have combed the code looking for any indication that mashing buttons on the correct frame works but nothing has ever come up. 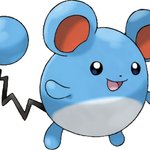 Pikablu is Pikachu’s Evolution After Using a Water Stone Key artwork and materials of new Pokémon started making their way across the pond around the same time as Pokemon: The First Movie. New evolutions and Pokémon were more easily kept under wraps in those days. When images of Marill surfaced, the design made it a dead ringer for a Pikachu evolution. It was quickly dubbed “Pikablu” and gamers speculated that it was from exposing Pikachu to a Water Stone instead of a Thunder Stone. This was laid to rest when the game finally came out. 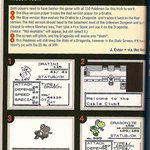 Turn Dragonite into Yoshi You can actually blame this one on Nintendo itself. In a 1999 issue of Nintendo Power magazine, the company told its readers that there was a secret method to replace Dragonite’s sprite with Mario’s friend Yoshi, which involved trading between two friends. Kids heard the rumor without knowing that the secret was published in the April issue, as an April Fool’s Joke. The context was usually removed when the story was shared, leading to a lot of disappointed Dragonite trainers. 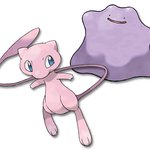 Ditto is Failed Mew Cloning Attempts This is a fan theory that makes just enough sense to seem worth repeating. Ditto often gets the short end of the stick for his nondescript appearance and his primary purpose as a gimmick, but the Pokémon might have had a more interesting backstory as almost-Mewtwo. Evidence from the game suggests some similarities between Ditto and Mew. They share a color scheme both as original and shiny sprites, and they’re the exact same weight. More interesting is that starting with Pokémon Yellow, Ditto can only be caught in the Pokémon Mansion (Mewtwo’s cloning site) and Cerulean Cave, where Mewtwo resides. Junichi Masuda spoke to the rumor in a Game Informer interview where he stated that each Pokémon is designed more or less as their own unique being. 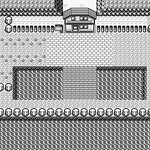 Rare Pokémon Lurk Behind Bill’s Cottage Bill is an in-game character known as the genius behind the Pokémon Storage System. He lives in a Sea Cottage north of Cerulean City. The area’s design also fueled rumors that lurking past Bill’s cottage was an area filled with rare Pokémon. The whole idea started thanks to a house’s location. Bill’s cottage is located between two cliffs with a visible opening behind it. The limitations of the game blocked how big this opening was. Did it go even further back, possibly with tall grass filled with elusive Pokémon? The answer was much more mundane. The mountain sprites weren’t compatible for overlap with the roof of Bill’s house, so the designers had to create the gap. The game designers removed the gap in later generations.