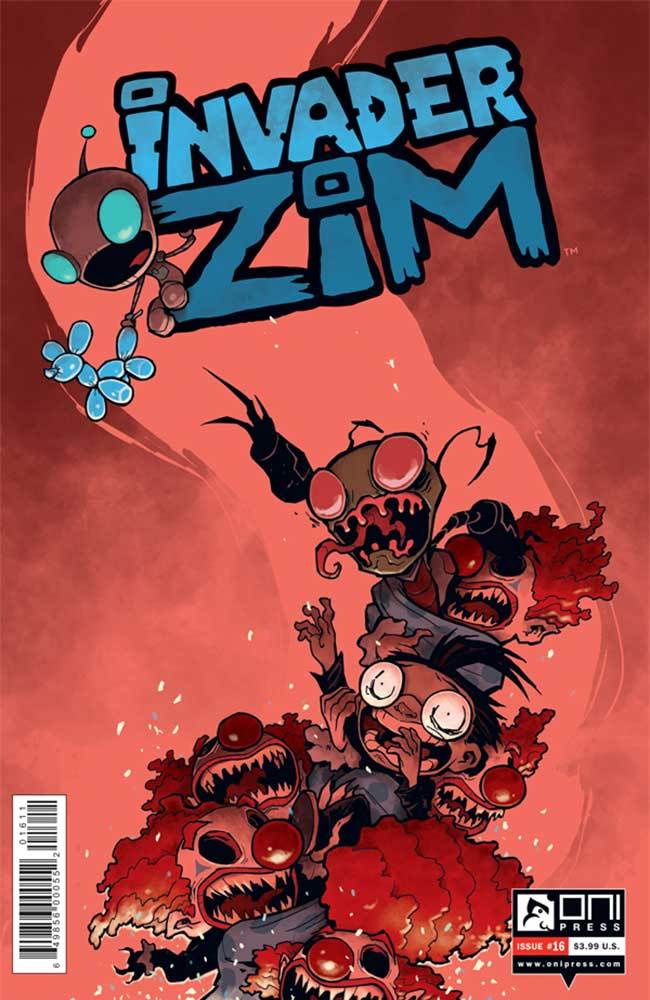 Compared to the earlier Invader Zim issues I have read, I found Invader Zim #16 to be a bit disappointing. I know that this issue was a one off by a guest artist, but I found the artwork’s lack of usual quality / style to be a bit distracting. The story was a bit of a let down also. The feer based story would have been better if it was meant to be a Halloween issue, but this was released in December.

Honestly, IMO this issue cab be skipped without any issues. Nothing special this time. Maybe the next issue will be better.